How Alarm Systems Work in Home Security or Business Security 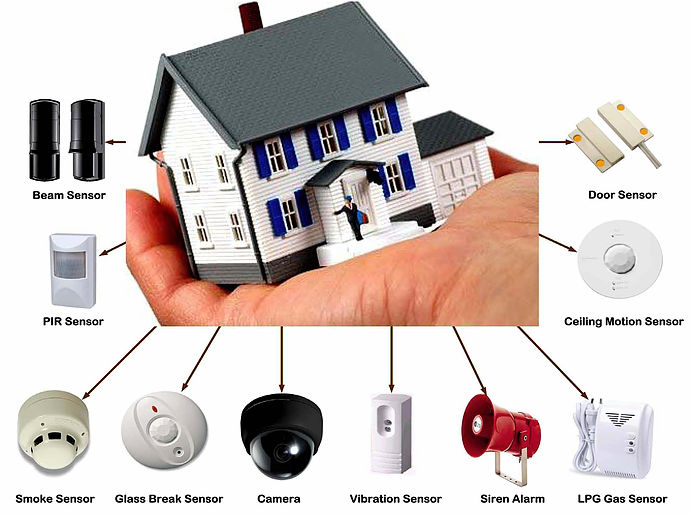 Electronic alarm systems are made up of three component parts designed to detect, determine and deter criminal activity or other threatening situations. An alarm system can detect an event such as an invasion, fire, gas leak or environmental changes; determine if the event poses a threat; and then send a notification about the event.

The component of an alarm system that detects activity is called a sensor. Here are some common types of sensors that may be used to protect your home.

The alarm system control panel is the brain of the system. It carries out the decide function by processing the information it receives from various sensors and responding accordingly. For example, if a door or window is open while the system is disarmed, the control panel ignores the event. But, if a window is opened while the system is armed, it will immediately respond by sending a signal to your alarm monitoring center and triggering an audible alarm.

Alarm system panels have built-in communicators that transmit and receive signals via a phone line. These signals are sent to a central alarm monitoring center where trained dispatchers monitor alarm system signals. In the event of a triggered alarm, a dispatcher will contact you to verify the emergency situation and, if necessary, contact the police or fire station on your behalf.

An alarm panel responds to a triggered alarm by activating physical alarms such as a siren and/or strobe lights. These devices are used to scare an intruder away from your premises or alert you of a threatening situation, such as a fire or the presence of carbon monoxide.

The component parts of an alarm system work together to detect, determine and deter danger in your home. To ensure your equipment will function properly in the event of an emergency, it is important to conduct regular testing on your systems. Contact an ESA member company for more information.